20 best Postcodes in England & Wales to raise a Family 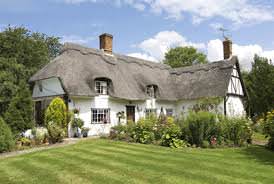 When choosing the location for a new home, prospective purchasers with children need to take into account several factors such as local schools, safety, amenities in addition to the actual property itself.

It is therefore interesting that the mutual, One Family, have just recently compiled their 2015 list of the top 20 postcodes in England & Wales which are the best to live in to raise children.

Now in its fifth year, the Family Hotspots Report is a unique analysis of nearly 2,400 postcodes in England and Wales outlining the most affordable and desirable places to raise a family. Over 70 different sets of data are fed into the analysis, which references key criteria important to parents when deciding where to settle and raise their family. This includes education, safety, childcare costs, local amenities, affordable property and green spaces.

The 2015 Report lists the following postcodes in the top 20:

It is encouraging to see that nearly half the postcodes are in the Northern part of England thus dispelling, certainly in this survey, a North v. South divide although just four counties, Lancashire, Devon, Berkshire and neighbouring Oxfordshire account for well over half of the top 20 postcodes.

As someone who travels throughout England & Wales with my business, Snagging Inspections Limited, undertaking new build surveys, I find it surprising that locations which I would have considered ideal to raise a family such as Cornwall or Norfolk fail to make the top 20 and also nowhere in Wales.

To see how your postcode, or prospective postcode, compares against the average then go to: www.onefamily.com/hotspots/check-your-postcode/